How is social media used around the world?

Did you know that nearly half of the world’s population are active social media users? As of 2020, 3.8 billion people use social media, which is a 9.2% increase compared to 2019. However, not all countries use social media to the same extent.

Which countries have the highest social media usage?

As of January 2020, Hootsuite & We are Social reported that the top 5 countries that have the highest social media penetration are the UAE at 99%, Taiwan at 88%, South Korea at 87%, Singapore at 79% and Hong Kong at 78%. This may be surprising to some as the US and the UK rank towards the middle of the list at position 16 and 23.

Countries that have the lowest social media penetration are Nigeria at 13%, Kenya at 17%, Ghana at 20%, India at 29%, South Africa at 37% and Egypt at 41%. However, even those countries’ social media usage is increasing year on year by at least 1%, with India in particular increasing the highest by 6% since 2019. These statistics are based on the amount of active social media users for the top social networks in each country compared to the total population. 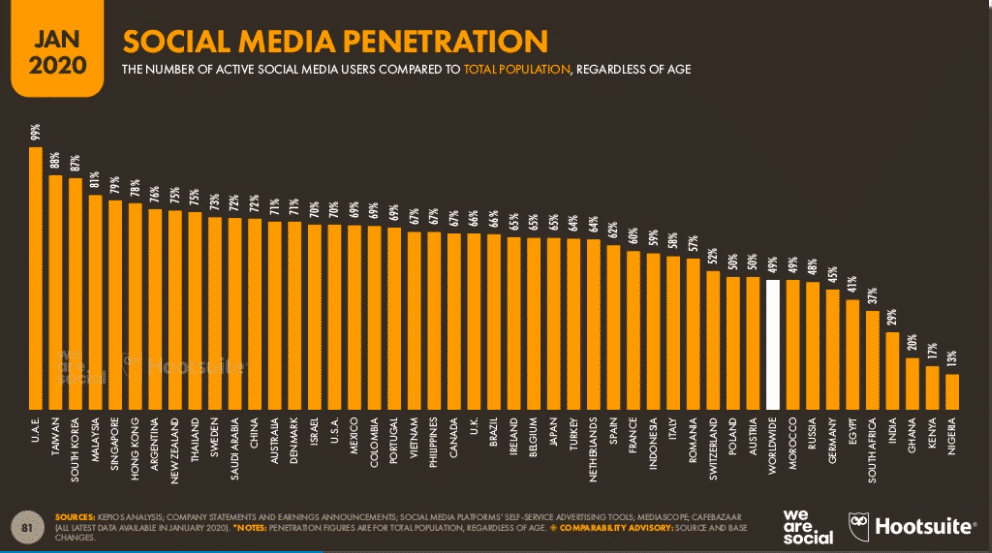 Why do some countries use social media more than others?

Which social media platforms are the most popular in the world?

The Global Digital Report also highlights which social media platforms are the most popular worldwide. Facebook was found to be the most popular social media platform, based on the number of monthly active users and monthly visits worldwide. YouTube is the second most popular platform which is unsurprising considering it was predicted that video content will make up around 80% of online content in 2020. A platform that has grown significantly in popularity during 2020 is the video content platform TikTok, which is now more popular than Reddit, Snapchat and Twitter. 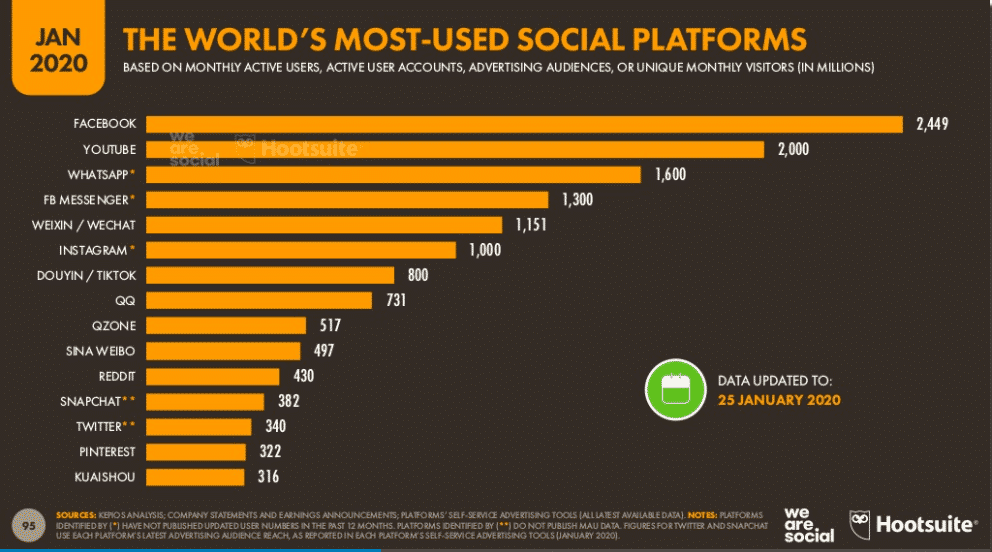 What is social media used for in different countries? 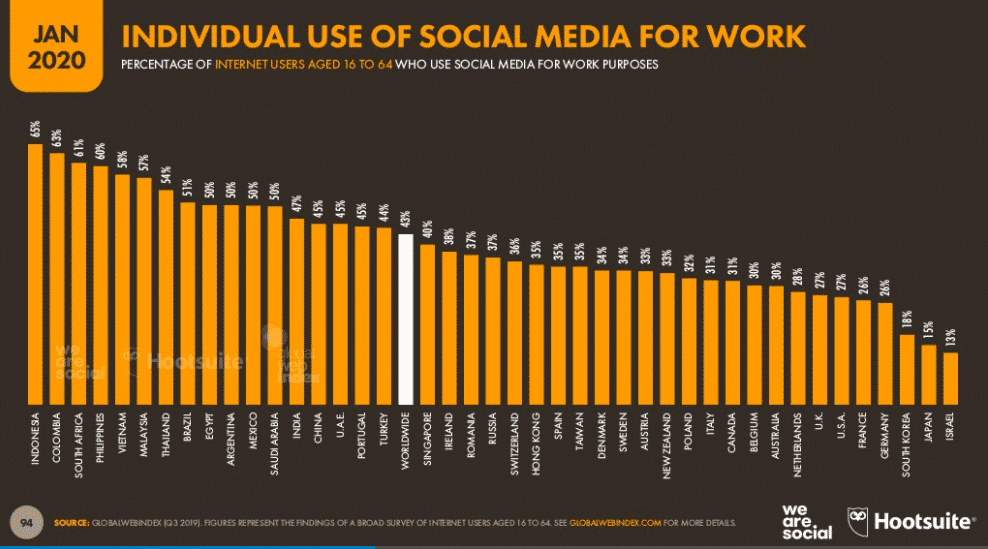 Whether you use social media or not, the value it has on being able to connect with people all around the world cannot be denied. At Language Insight we can help your business or brand by translating your social media content into any language, allowing you to connect with your global audience. For more information about our translation services please click here.

View our subscription packages to access the magazine, our online channels, events and more. You can also purchase back issues of the magazine. From just £2.50 per month.